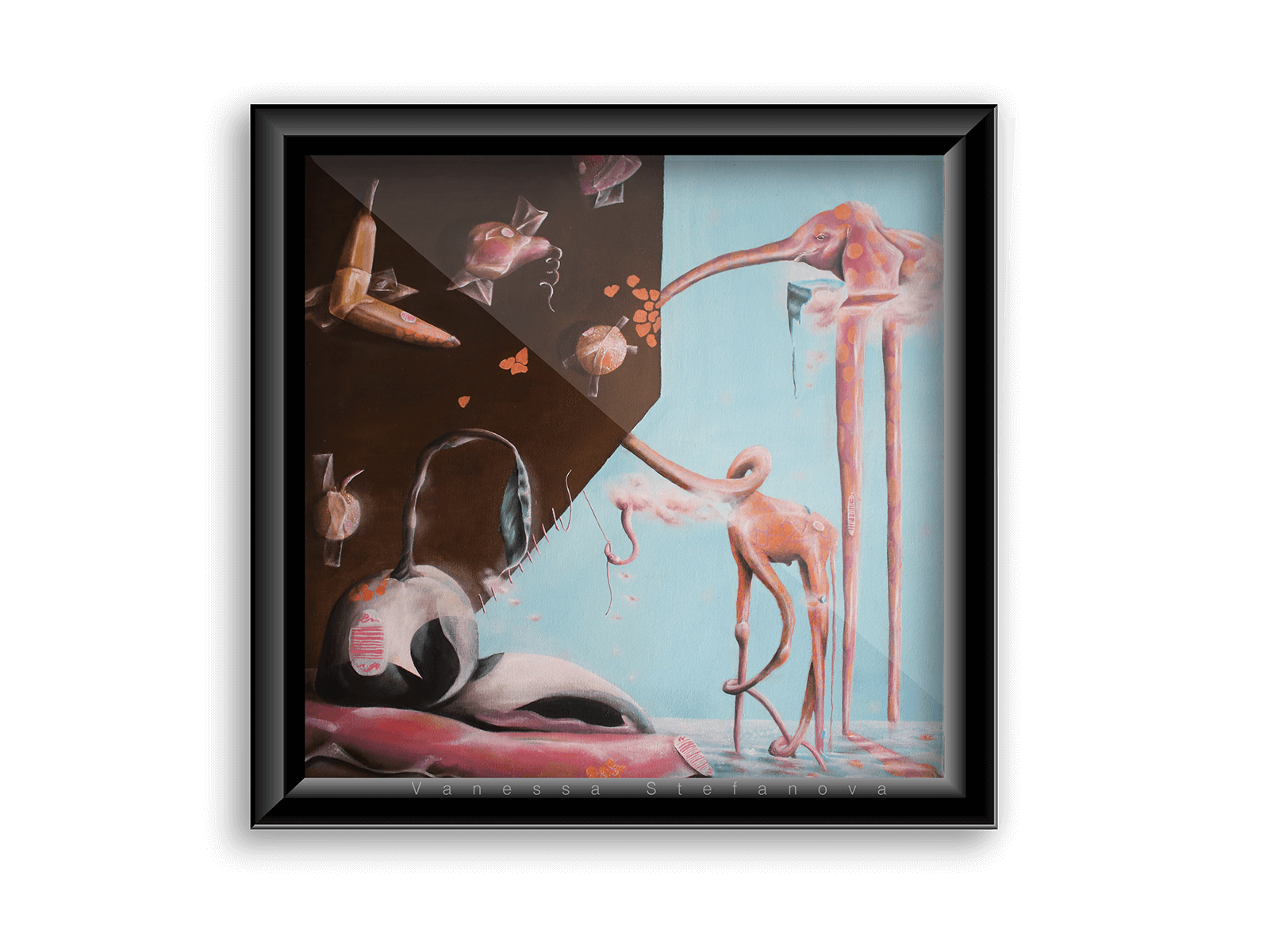 I began this painting with an entirely different idea in mind, originally having the cow-pear in a therapy chair facing a picture that resembles a window with a tree branching in and the walls divided into indoors and outdoors. Instead I didn’t vibe with the painting and decided to get creative with it. In the mornings I have breakfast on my balcony surrounded by trees and look up into the blue sky. So I decided to paint that.

The fruit stuck on the wall is my breakfast, as if the cow-pear keeps it there, pulling one down to snack on it and it looks out into the blue where there are imaginary animals. I decided to paint the coloured elephants and giraffes from my digital artworks. At first I wanted to paint the elephant with the same long curly legs as the giraffe although I face an obstacle where people liken my artworks to Dali’s so I needed to avoid elephants with long legs. Instead I stretched it’s ears into and behind the water.

I hid the giraffes face and originally intended to hide the elephants face (although it began to look creepy) with the idea that they share a head. The tape is different on each fruit because I wanted to reference the real life issue where tape always seems to be running out! I also decided it was important to brand the items in the paintings with barcode stickers of my own.

Oil based, sold with hooks ready to hang and a certificate of authenticity! I’ll have a custom batch made in February so you’ll receive a temporary one until then.

What am I buying?

There are no reviews yet.

Only logged in customers who have purchased this product may leave a review.